The meeting of the Professed of Temporary Vows
of the ASIANZ Region was held at the pastoral center
of the Diocese of Bandung in Indonesia
from the 1st to the 8th of August 2019.

Sixteen PTV from India, Indonesia, Japan, and the KOC Province and some formators came together at this meeting which had as its theme: “ASIANZ PTV meet in the Heart of Jesus ~ You are the Now of God.”  We also had the pleasure of having with us a PTV from the Province of Argentina-Uruguay who has been doing her international experience in Indonesia. 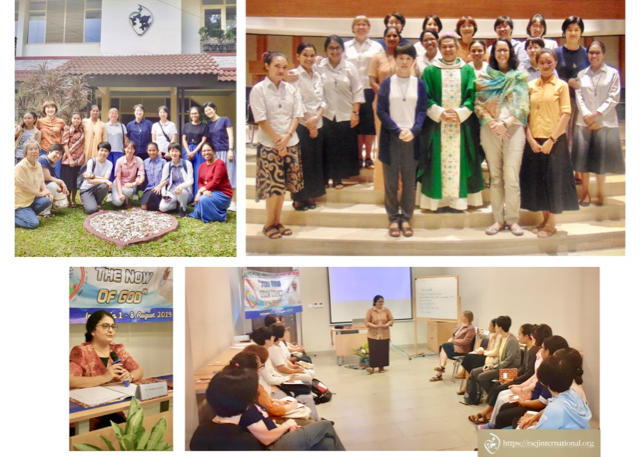 On the first day, we spent the morning at the novitiate community where we were invited to share some of our novitiate experiences.  In the afternoon, Sister Gerardette Phillips (INS) gave us an orientation to Indonesian culture and the place where we were staying. 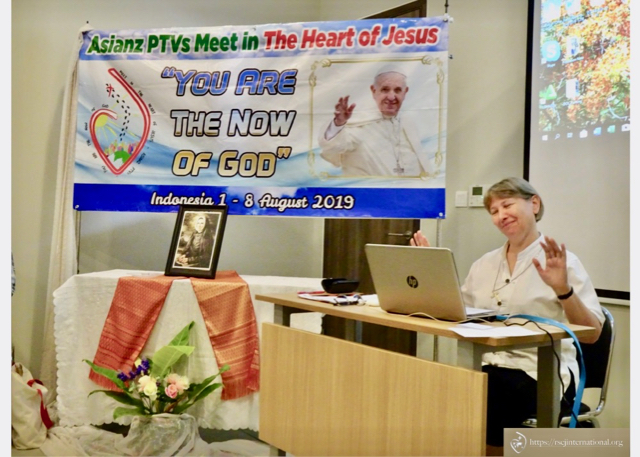 Sister Dorota Stokłosa (POL), a member of the Probation Team, guided us in a three-day module (with input and group sharing) on discernment, communal discernment, and the vows.  She used sources from Scriptures, the Constitutions of the Society, and wisdom-words from our former superior general Concha Camacho. 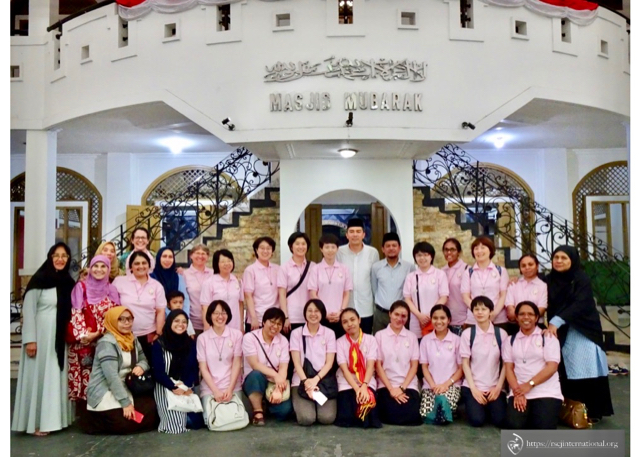 We began each day by attending mass together.  We also had the opportunity to visit a mosque, and this gave us a sense of living an inter-faith reality between Christianity and Islam.  We also went to the Asian-African Conference Museum, and attended a concert of traditional Indonesian music.

We felt hope and gladness as we experienced that, despite differences in culture and language and the complex histories in our region, we can still gather and journey together in seeking the Heart of God. We saw that our relationship with one another really matters. 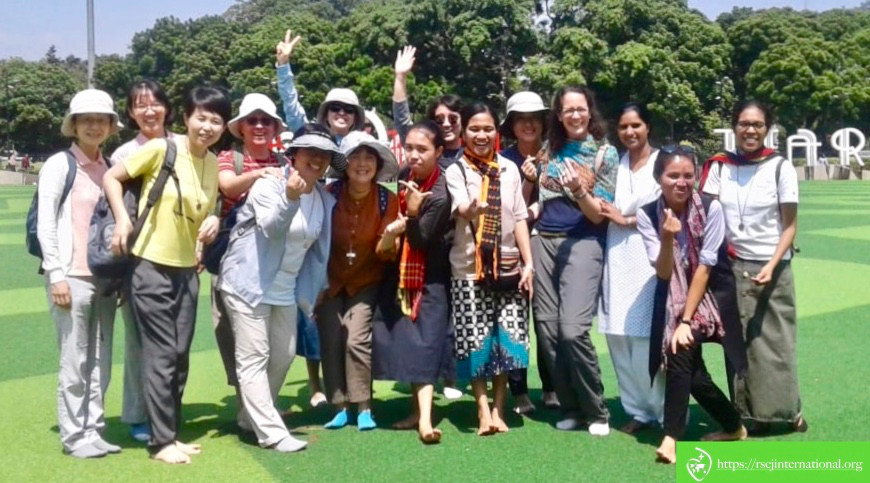 As ASIANZ region, we generally agreed that we need to strive further to deepen our relationship with one another. Although we may face challenges in the future, we draw inspiration from each PTV's desire to deepen our friendship.

We ended our meeting with mass and a "cultural night."  Sisters of the Area of Indonesia joined us in this evening of joy and laughter, and of sharing from our different cultures.

We now look forward to the next ASIANZ PTV meeting in 2021.