Reflection after Week 5
The reflection for the last week of Chapter 2016 follows a week of intense discernment about our superior general and her council, and the election of Barbara Dawson, our new Superior General. After having had time to let the work of the previous four weeks settle into each one's body-mind-spirit, we plunged back into the work began on the chapter calls, decrees, decisions, recommendations, and affirmations.
In week 5, we were in the moment of the Theory U in which we "let come" or received the gifts of all the work we have done these weeks. It was a time of harvesting the fruits of the experience of this Chapter. However this harvest was like trying to answer the question, "how do you hold a moonbeam in your hand?" to quote lyrics from a song in the movie, The Sound of Music! This is because we discovered throughout this Chapter that as a group of human beings, we were at our best when open to the Spirit's energy flowing creatively through us. Creativity took us beyond what we were capable of by ourselves. It is the experience of this Chapter that we wish to bring to our sisters and to the world. 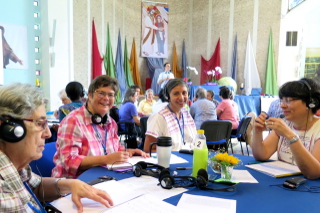 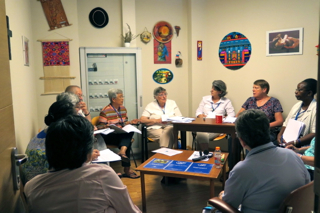 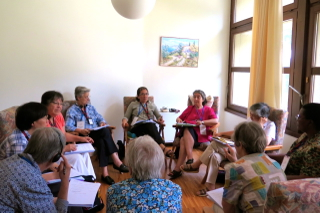 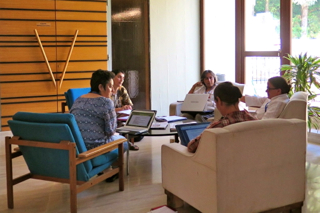 Working in groups, we gave shape to what will be the final Chapter document. It reflects the urgency we feel at this moment in our history and in the cries of the world. During this 5th week we received news about the devastating floods in India, and joined our prayers to those 2.9 million people affected all over the country, particularly in the north-east. Also during this 5th week, we remembered together the tragic effects of the bombing of Hiroshima. Our sisters from Japan led us in a prayer for world peace as we solemnly celebrated the beauty of people and the planet, while also keeping alive a tragic memory, and present reality of how wars and violence destroy the beauty of the planet and the hopes of humanity.

A highlight of Week 5 came when Barbara announced the new Central Team/General Council. It was very moving to experience the "yes" of our sisters to the whole body of the international Society. We celebrated each other and our new General Council with a BBQ and entertainment on August 8th. 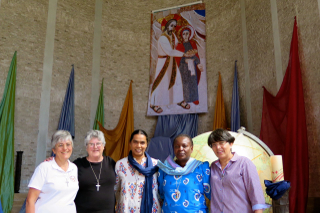 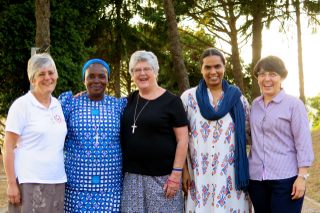 On the last full working day of the Chapter we voted to accept reports, decisions, the Chapter calls, and everything that will appear in the final document. On this day, we also lived a time of reflection and sharing on the transition from our role of capitulants to being sisters coming from the Chapter among our sisters and people at home. 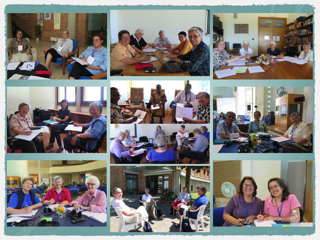 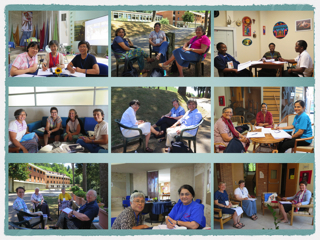 At 6:30 AM on last day of the Chapter, all 120 of us who were at the Chapter in various roles, piled onto buses to attend an indoor audience with Pope Francis. The spirit in Pope Paul VI Audience hall was electric with all the enthusiasm from various groups! The roof of the hall itself was installed with solar panels during Pope Benedict's time, so it is totally green energy that powers all the electricity needed in the huge hall that holds 6400 people. 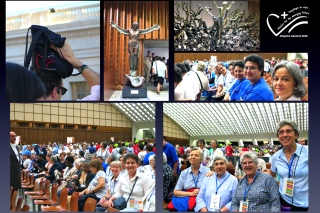 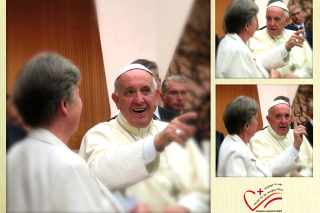 We returned from Rome for lunch and in the afternoon Barbara Dawson gave the closing conference of the Chapter. Our last item of business was to vote to close Chapter 2016. The closing liturgy and supper nourished us for our journeys home. 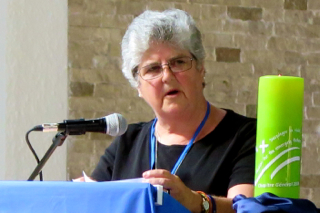 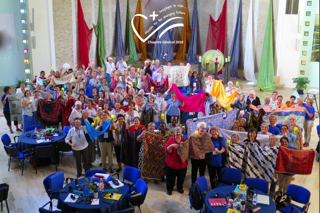 We leave energized for mission, and so grateful for the experiences we lived together, and for the phenomenal work of the Mother House staff, translators, interpreters, secretaries, liturgy team, communication team, technological support, facilitators, the Divine Word community, the General Council and other international services.

Click here for a PDF version of this summary.