Here are five photos of recent "significant moments"
in the life of our communities, provinces, or regions
in different parts of the world. 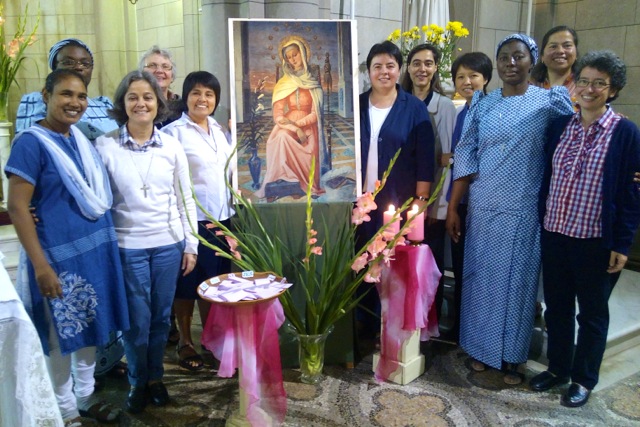 Our nine probanists (RSCJ preparing for final commitment) began their 30-day retreat
on the 16th of November 2015. In prayer, we accompany each of them
and their directors Ellen Colesano rscj and Sofía Baranda rscj. 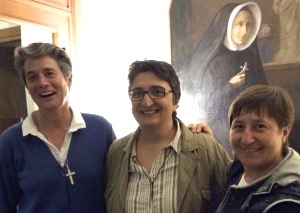 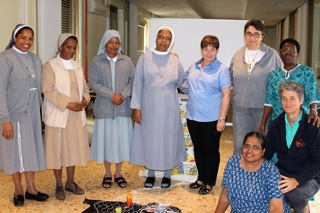 On the 1st of October, Florence de la Villéon (BFN), Paola Paoli (ITA), and Maria Gazcoł (POL)
were at the Mother House for a moment of sharing and a prayer of blessing.
They and the six other Sisters belonging to the new UISG inter-congregational community
are now in Rome for training before they proceed to Sicily in December. 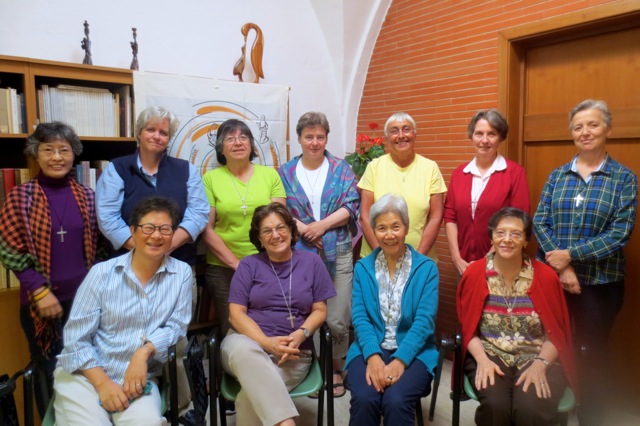 In September, five provincials from Korea, Brazil, Poland, Chile, and Spain joined
the New Provincials workshop at the Mother House. It was an opportunity for them
to reflect on the Society’s mission from the perspective of their different realities, to learn more
about their service as provincial, and to grow in awareness of the international Society.

The European provincials participated in the three-day meeting in Rome at the Villa Lante from the
16th to the 19th of September. Burning in their hearts was the urgent issue of migrants crossing into
their countries. This and many other concerns occupied their agenda. The meeting filled them with
hope and gave substance to their desire to build RSCJ Europe to fulfill our mission among their people. 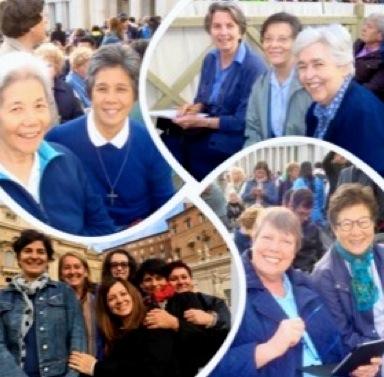 The Mother House Community and Staff had the privilege of attending
an Audience with Pope Francis on September 30th. Speaking to thousands of pilgrims,
Pope Francis recalled his trip to Cuba and United States from which he had just returned.
Section:
International News