The Province of Central Europe (CEU)
organised a YOUTH PILGRIMAGE
on the 19th to the 25th of July,
leading to the World Youth Days
on the 25th to the 31st of July in Krakow, Poland.

We started our journey from Budapest in the morning of the 19th. There were 19 of us in our pilgrim group, all from Hungary. How we wished that there were participants from other countries as that would have given us an experience of our internationality.  But that was not possible this time.

We arrived in Stary Sacz, next to the Polish border, and that was where we started the pilgrimage. We walked all the way, carrying our backpacks, but a jeep loaded with our bigger suitcases followed us.  We got meals at each place we stopped, and stayed in gyms and classrooms of schools along the way. 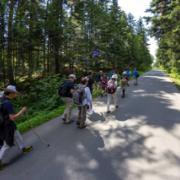 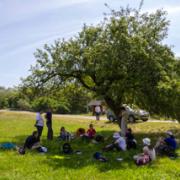 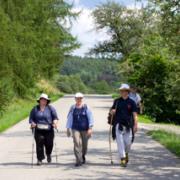 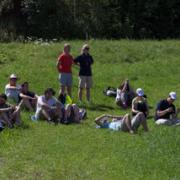 We began our mornings with prayer and then we had breakfast. After that we walked about 15-20 kilometres a day with short breaks and an hour-long silence. In the afternoons, upon arrival at our destination, we had a mass followed by dinner. In the evenings, the headmasters, the priests or mayors, organised some programs for us.  For example: a concert, or a meeting with pilgrims from other countries. On the last day of the pilgrimage, we visited a salt cave in Wieliczka, then we proceeded to Krakow. 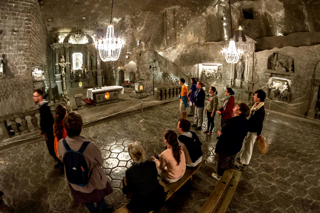 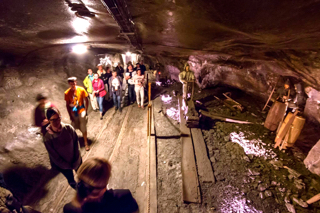 Visit to the salt mine in Wieliczka
In Krakow, we stayed with families that provided us with accommodations and breakfast.  This allowed us to experience the hospitality, the faith, the confidence and helpfulness of the Polish people.
In the mornings we had a meeting with our pilgrim-group, after which we attended the Hungarian catechesis and listened to talks of the Hungarian bishops and archbishops. After mass, we were free to choose from the different activities during the afternoons and evenings.For example: adoration, worshipping, dancing, listening to different styles of Christian music, watching theatre performances or films, visiting museums, and many other programmes. 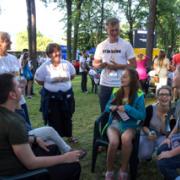 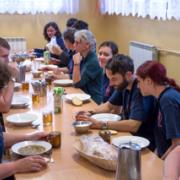 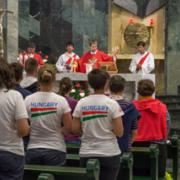 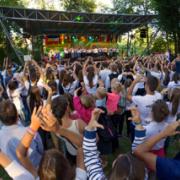 Two million pilgrims came to Krakow to celebrate Jesus and spend time together. The atmosphere was amazing: people were smiling, singing and waving flags. There were batallions of policemen providing security for us, and several volunteers helping to solve every problem and giving information. In the city we could see pictures of the Polish patron saints: John Paul II and Sister Faustina. The atmosphere got even more special when Pope Francis arrived and led the Way of the Cross, the Vigil, and the Final Mass. 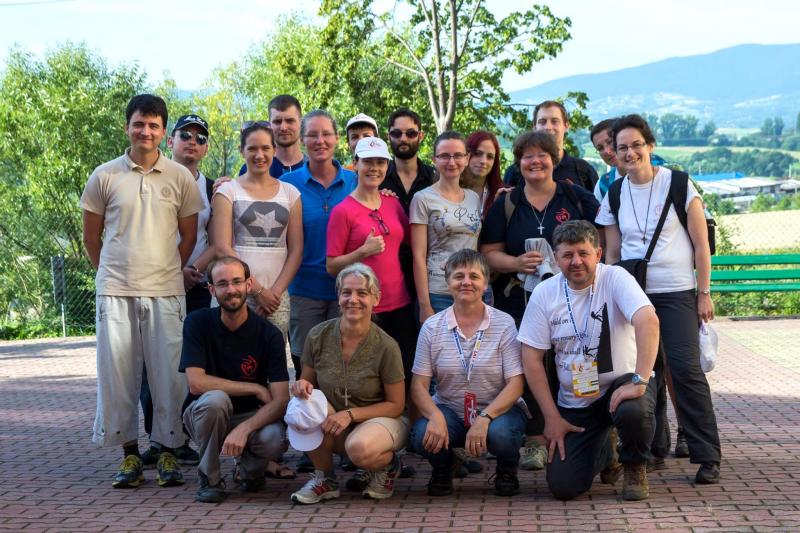