"From His Heart we draw the love
which enables us to live in communion,
among ourselves and with others.
Whatever the service entrusted to us,
we stand together, united in our common mission."

Here are five photos of recent "significant moments" in the life of
our communities, provinces, or regions in different parts of the world. 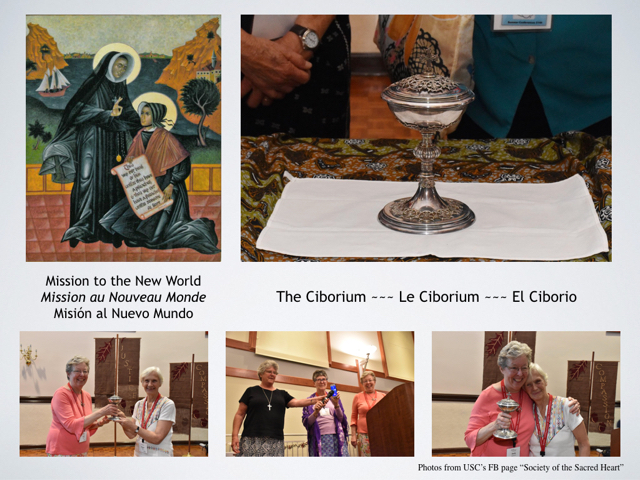 Spirituality Forum 2017
Sophie's and Philippine's Ciborium
A touching moment on the 16th of July, at the Closing Eucharist of the Sacred Heart Spirituality Forum.
In the name of the province of Venezuela, Sister Margot Bremer gave Sister Sheila Hammond, provincial of the United States - Canada province, a ciborium that once belonged to Saint Madeleine Sophie Barat, who had given it to Saint Rose Philippine Duchesne to bring to the New World in 1818.
Believed to have been given to the former Province of Cuba by Mother Aloysia Hardey, the ciborium was then passed on to the new foundation in Venezuela.  There it stayed until the province sent it back as a bicentennial gift to the USC Province.
At the dinner, Superior General Barbara Dawson put Sister Fernanda Vacas, provincial of Venezuela, on speaker-phone; and everyone at the Forum expressed joy and gratitude through a warm applause and the singing of “I Thank My God For You.”
We will share more about the ciborium in a later article. 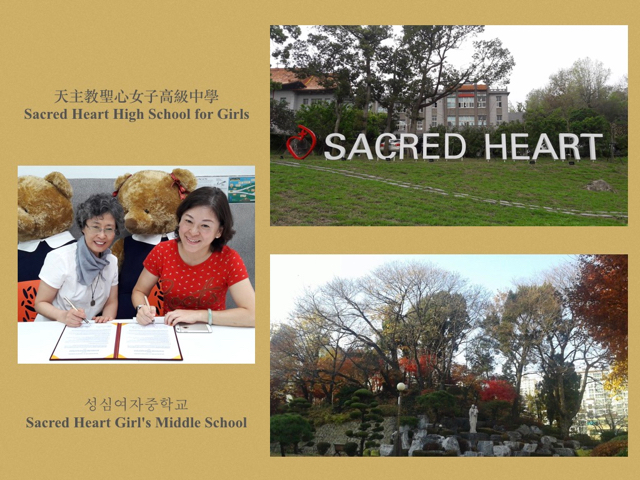 KOC Province
Memo of Understanding between two Sacred Heart Schools
On the 10th of July, KOC Provincial Sister Kim Young Ae rscj (on behalf of Sister Lim Tae Youn rscj, Principal of the Sacred Heart School in Korea) and Principal Shirlane Wei of the Sacred Heart High School in Taiwan formalized the partnership between the two schools.  Through this agreement, they aim to strengthen their bond through exchange programs for both students and teachers. They also hope to deepen the awareness that we are One Body, and that we all belong to the Sacred Heart Family.
In another article we will share about the recent exchange program between these schools. 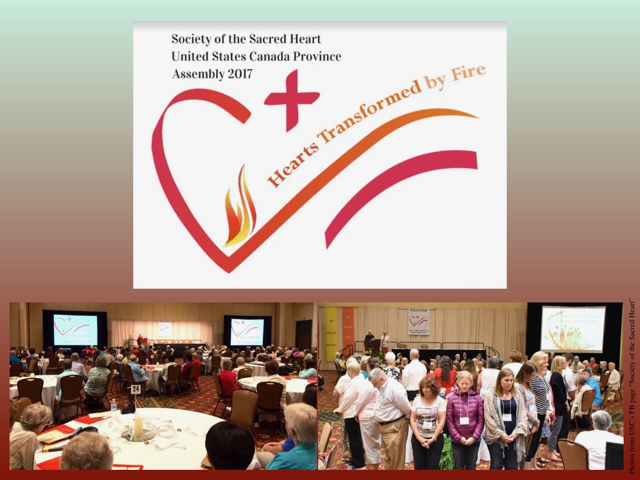 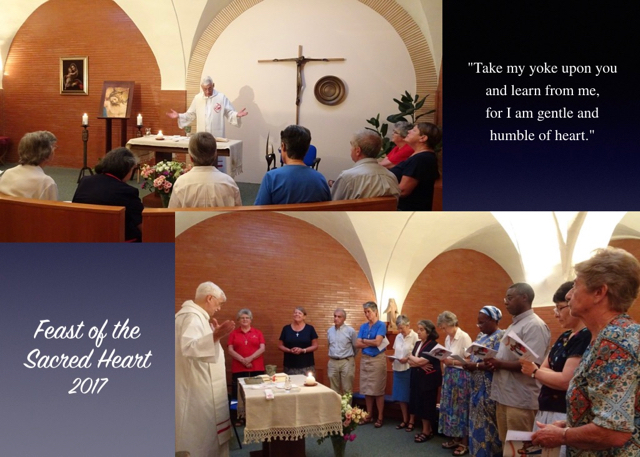 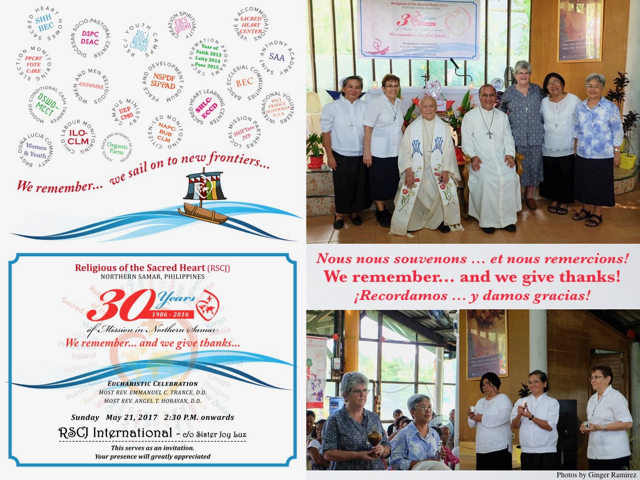 Philippine District
30 Years of Mission in Northern Samar
On the 21st of May, the RSCJ in Northern Samar, with Superior General Barbara Dawson, and with members of the broad Sacred Heart network, celebrated 30 years of grace and service. Different persons, groups, and communities helped the Sisters remember with joy and thanksgiving the work of God throughout these years.