Walking With Our Sisters

(Reclaiming Power and Place, Final Report of the National Inquiry into
Missing and Murdered Indigenous Women and Girls in Canada, June 2019)

Two thousand pairs of vamps were collected to create the Walking With Our Sisters commemorative art installation, which became more than an art exhibition as it travelled across Canada to raise awareness. Walking With Our Sisters generated caring communities across Canada and beyond. It inspired the ongoing work to end all forms of violence that disproportionately affect Indigenous women, girls, and two-spirited (gender diverse). 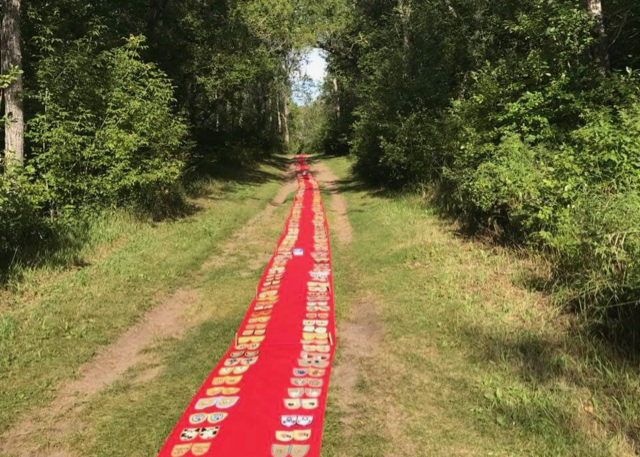 View of the Commemorative Installation (photo by Hilda Anderson-Pyrz)

In August 2019, I was among over 100 volunteers at the closing ceremonies of Walking With Our Sisters. The event was Indigenous-organized and run by the River Women of the Metis Nation in Batoche. Along with other Indigenous and non-Indigenous women, I worked in the Counselling and Wellness Tent. We were there to support families who came to remember and honour their sisters, daughters, and mothers who are missing or murdered. 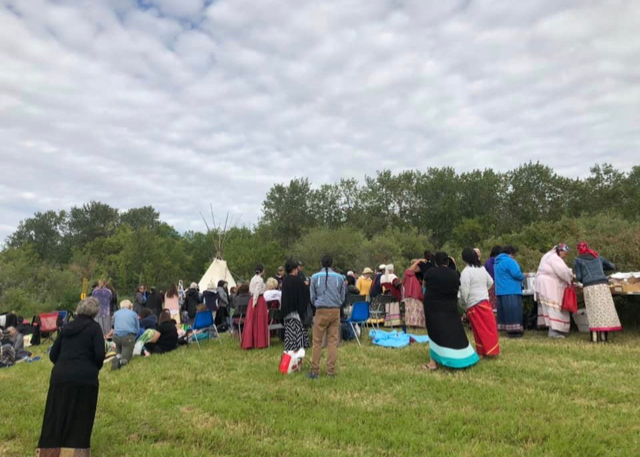 I'm humbled, honoured and grateful to have been a part of Walking With Our Sisters. As RSCJ, we are convinced that “An ethic of caring is fundamental to JPIC. Not only is it a source of hope and inspiration, it is the moral imperative for all our actions for JPIC. Our core values of compassion, relationship and transformation bring the ethic of caring to life” (Being Artisans of Hope in Our Blessed and Broken World). This conviction calls us today, as it did our sisters before us, to practice human dignity and to join others in the work of loving and respecting each other wherever we find ourselves.