On the 10th of March 2017,
we celebrated International Women’s Day
at Mahila Vikas Kendra in Torpa, India. 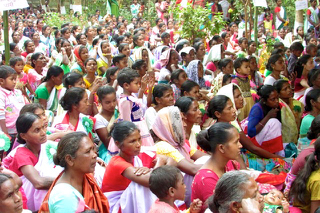 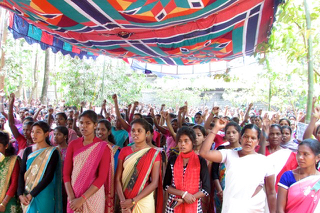 Nearly 3,500 women from 200 village-based self-help groups (SHG) participated in this mega event,
which had the abolition of witchcraft as its theme. 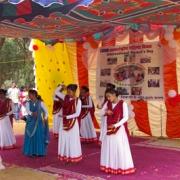 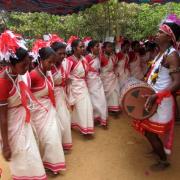 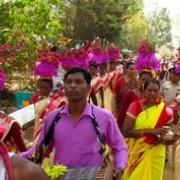 The village women sang awareness-raising songs that they themselves composed.
They put up skits, and performed traditional dances.
There was also a simultaneous exhibition of crafts. 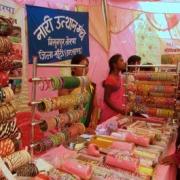 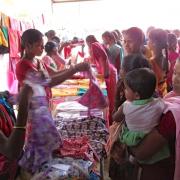 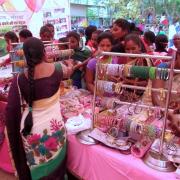 Fifteen SHGs displayed their livelihood products, like lac crafts that showcase Indian art, and bamboo handicrafts.
There were also food products, like mushrooms, pickles, peanuts, and many more.
There were likewise different stalls that raised awareness about issues like human trafficking,
or that promoted support for women's concerns like literacy. 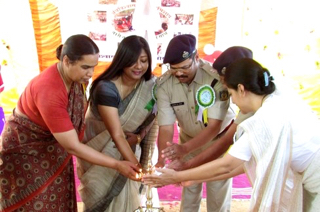 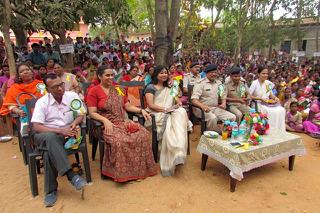 Ms. Mahava Maghi, chairperson of the State Women Cell, was the guest of honor.
Many government officers, including Mr. Ashwini Kumar IPS, the Supremetendant of the police, graced the event.
International Women's Day was an occasion for women in Torpa
to exhibit their skills and to get inspired by each other.
It was also an opportunity for them to learn from each other.
Daphne Sequeira rscj
Province:
India
Mother House
JPIC:
Transforming Relationships