On Sunday, the 9th of October 2016, the Society of the Sacred Heart celebrated 60 years of its foundation in Korea.
The RSCJs of the KOC Province, including the ones assigned to communities in Taiwan and the Philippines, came together for a thanksgiving mass presided by Bishop Kang Woo Il and eight Jesuits. Sisters Mieko Shinjo, Junko Tajima, Keiko Iwai, and Mami Ohara from the Japan Province, and Sister Virginia Rodee from the USC Province joined us in this celebration of gratitude. Associates, teachers, and alumnae of the Sacred Heart School likewise came to share our joy.  Those who could not come, like Sister Teresa Chu (one of the foundresses in Korea), sent written messages; while the Probation Community at the Villa Lante and our Superior General Kathy Conan and the General Council sent video messages. 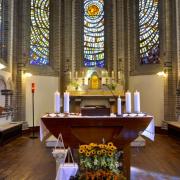 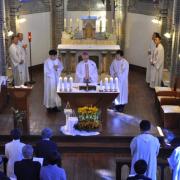 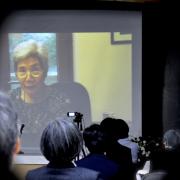 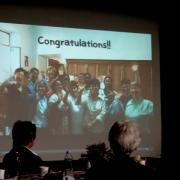 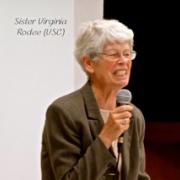 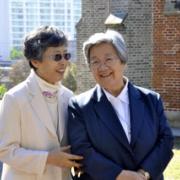 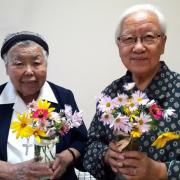 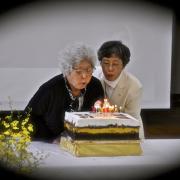 The Past:   Brief History of the Foundation in Korea
After the signing of the Armistice Agreement which ended the Korean War in 1953, Bishop Thomas Quinlan SSC, who was stationed in Europe, was charged with the care of the Church in Korea.  He wrote to five religious congregations requesting that they send members to Korea; but he received only one response — from Sister Brigid Keogh, Provincial of the Far East Province of the Society of the Sacred Heart.
On the 16th of September 1955, Sisters Keogh, Gertrude Schickel, and G. Guterres visited Korea; then on the 5th of October 1956, Sisters Teresa Chu Mai Boon from China and Lucia Zielenski from Poland arrived at the Yoido Airport to plant the roots of the Society of the Sacred Heart in Korea.  They were joined shortly by Sisters Anna Giesen from Belgium, Teresa Loy from China, Cora McHardy Flint from Ireland, and Mary Foy from Australia.  Together they formed the first RSCJ community in Korea. 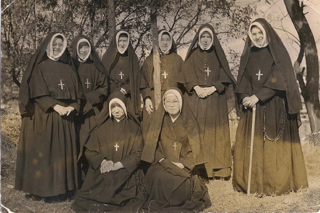 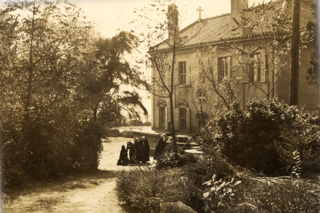 The founding community in Korea
That first RSCJ community grew through the years and became the District of Korea in 1975, the Province of Korea in 1991, and the expanded KOC Province in 2011.  Currently there are 68 RSCJs in the province. 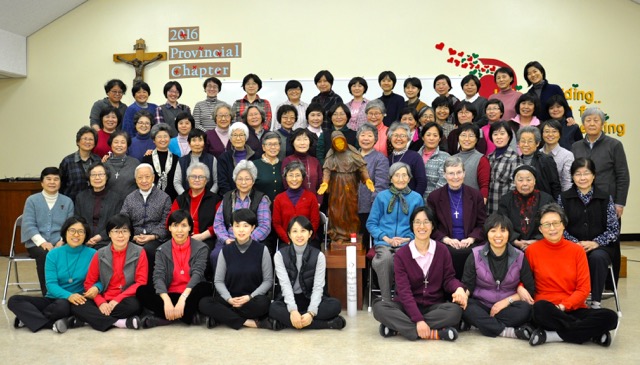 The Present:  Spiritual Journey 2015-2016
In preparation for the 60th Anniversary, all RSCJs of the KOC Province undertook a Spiritual Journey, accompanied by Sister Phil Kilroy of the Province of Ireland-Scotland, who offered a monthly theme for prayer from Madeleine Sophie Barat’s life and spiritual leadership.  This spiritual journey inspired us to look back at the past 60 years, as well as seek our future direction.
Two special lectures, one by the historian Professor Lee Ji Won and the other a joint presentation by six RSCJs, enabled us to gain insight from the history of our province and our educational mission.  Together we reflected on the growth and expansion of the KOC Province, faced our shadows, and drew hope from the desires of the province. 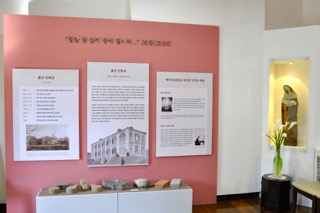 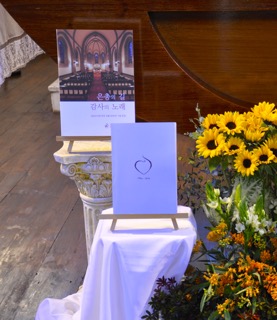 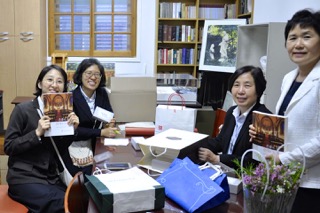 Each RSCJ was invited to reflect on the meaning of her vocation, formation, and apostolate, and to put her experience and insights into writing.  The 60th Celebration Committee collected and published these stories.  This book, which contains our reflection journeys, is a deep expression of our identity as RSCJ in Korea.  These published essays are a record of our gratitude to the people we have met and for the work we have been entrusted to do in our ministries.  That the historical records of our first missionary Sisters are included in this book connects the present to our history.  This history is a treasure of our Society, a gift from God and a history of our salvation. We have thus named the book Gifts on the Way, Songs of Thanksgiving.
The Future:   “Ancient Future”
During the celebration after the mass, there was a slide presentation about our foundation in Korea and the last 60 years. Everyone was moved by the vivid images and the stories they bespeak. That is our past, and it leads into the future.
There is a Tibetan line of wisdom that says: “Finding the way in the ancient future.” ‘Ancient future’ is the past we have walked, the past in which we find the future that we seek. When we examine our past thoroughly, we can find there our future. In celebrating our past 60 years, we encountered the deep values that we want to keep alive.
Connecting now with the Society of the Sacred Heart’s bicentennial celebration of Philippine Duchesne’s missionary journey, we realize that, like her, we are now at a "Rebecca moment":  We are taking new steps forward by learning from our "ancient future." 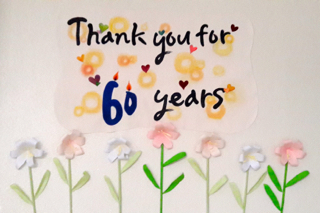 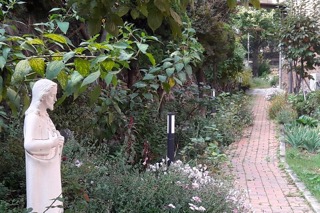 ***  Edited, translated, and reposted with permission from the KOC Newsletter prepared by In Myoung Hee rscj, with photos from Kim Eun Jeong rscj and Ha Yeongyu rscj