The months of May and June were a time of dynamic activity for the Central Team, some international commissions, and the different groups that gathered in Rome (directors of novices, new provincials, European provincial teams).
At this same time, JPIC International was working on the JPIC document which was launched on the Feast of the Sacred Heart; and the International Ongoing Formation Commission was preparing for the renewal program that begins on 1st July.
All these would not have been possible without the support of the General Secretariat, the valuable assistance of translators and interpreters, and the guidance of facilitators, consultants, and resource persons.

Meeting of RSCJ Novice Directors
On 15-20 May, eight Novice Directors (who had novices this last year)
gathered to meet with the Central Team to reflect on this ministry
in our diverse provinces and cultures.

At the meeting, they reflected on their own experiences, the hopes and the desires of our newer members, and our changing demographics for the future. Rooting themselves in our Constitutions, formation documents, and Life Unfolding, Offering the Gift, they shared some possible “new models” for the future which take into consideration regions, cultures, and the people who are joining us.

At the end of their meeting, they shared:  "While we did not come to any final conclusion about new models, we did experience trust amongst us and a desire to support one another. We sensed in the course of our days together a growing union, moving beyond what is to what can be.  Though we know there will be challenges as we move forward, we remain committed to the One Body of the Society and to the Charism which we share.  Trusting in God's fidelity and the love of our sisters, we felt a renewed call to do what we can to be creative stewards of formation for the future."

The International Finance Commission met at the Mother House on 20-24 May.

During their meeting, they focused on the decision of General Chapter 2016 to share our resources, especially our financial resources, in order to sustain our life and mission for the future.

They also met with the Dream Catchers Team, reflecting with them on the Society’s responses to the sharing of resources.

They ended their meeting with a visit to Joigny on the feast of St. Madeleine Sophie, and entrusted to her their task of managing the resources to better serve the Mission. 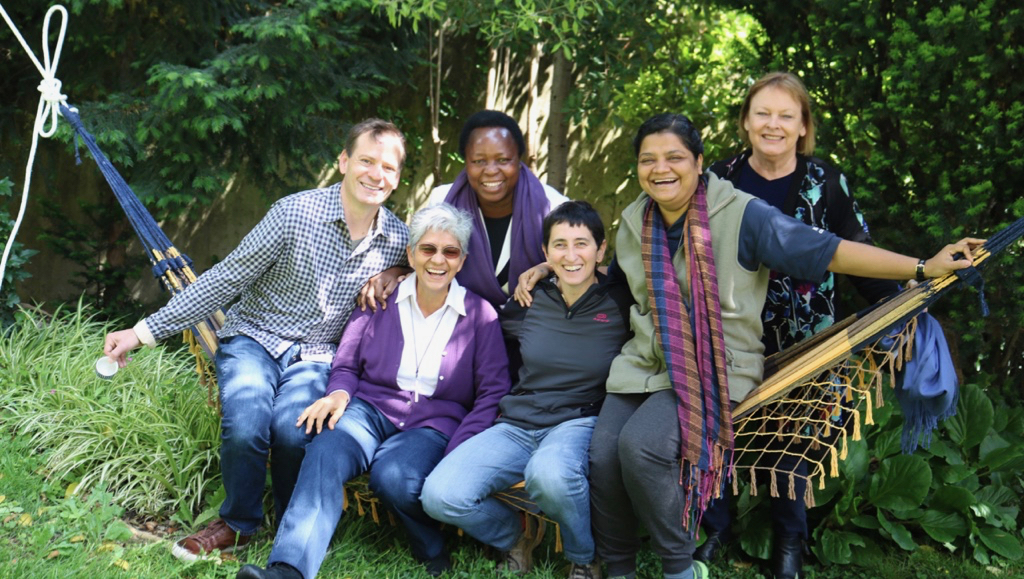 The Dream Catchers Team met at the Mother House on 20-24 May.

They gathered together and reflected on about 300 responses from different groups across the Society of the Sacred Heart.  In dialogue with the Central Team, they are now in the process of preparing the report that they will send out at a later time. 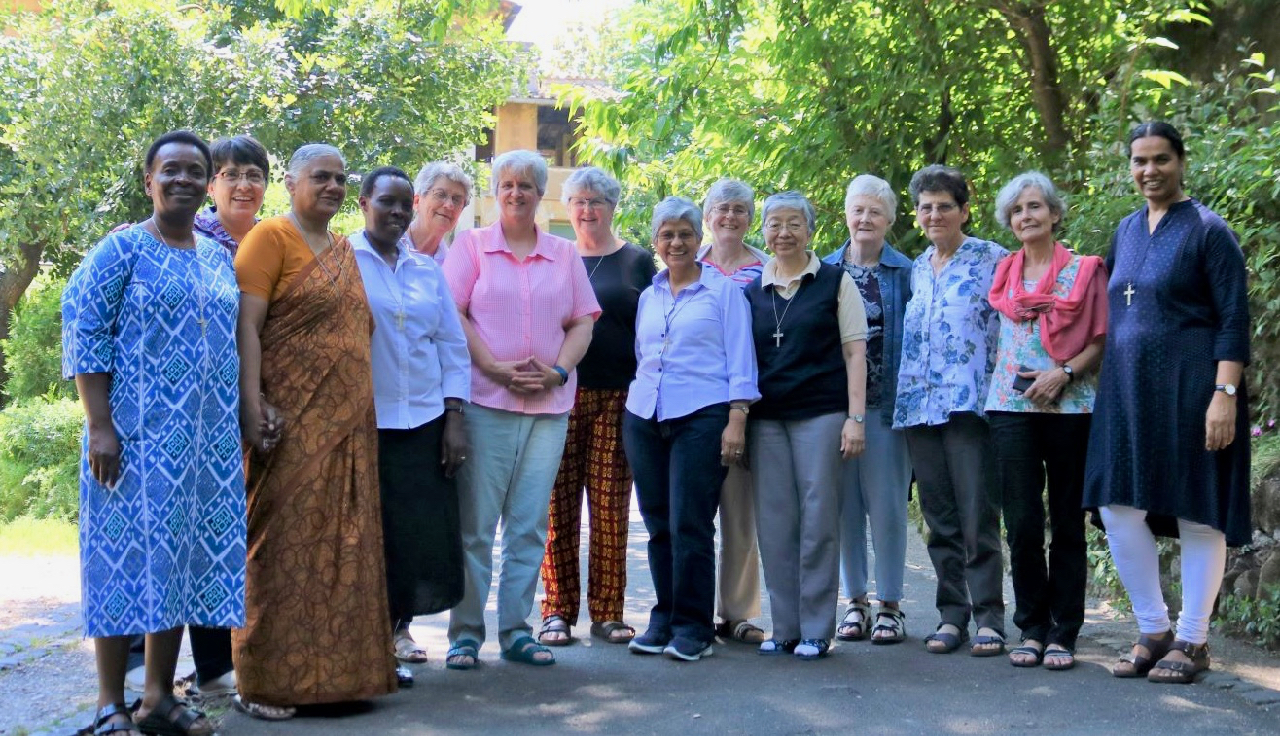 Nine new provincials, represening provinces from each of the four regions of the Society,
met with the Central Team at the Villa Lante, on 3-12 June.
In her message of welcome, Superior General Barbara Dawson reminded them that the workshop was taking place between the feasts of the Visitation and Pentecost. Like Mary and Elizabeth they had gathered, with some travelling a long way, to celebrate the relationships among them and to share the joys and challenges of their service as provincials. Like the early disciples, they were being invited to listen and be obedient to the Holy Spirit. 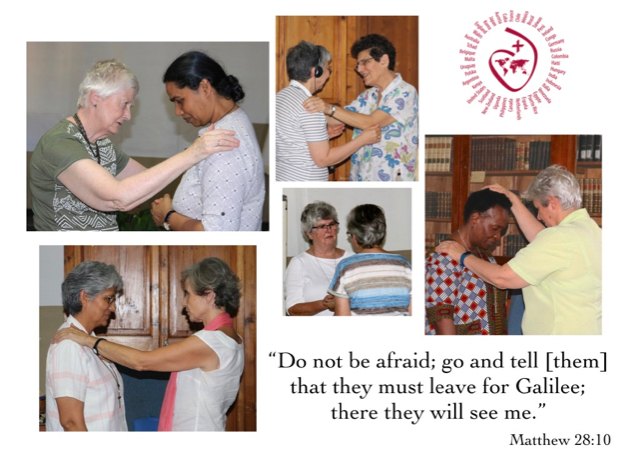 During the ten days, they shared prayer and reflections, had exercises and sharing that helped them to know each other better, and dialogued with different resource persons.  They journeyed with Sophie, and learned from her experience of leadership and emphasis on the Cor Unum of the Society. They deepened their understanding of our "spirit of government and mission," and considered ways of "living community of goods and finances."  They delved into their "role as provincial for the sake of the mission," and learned ways of "being a leader in a free and healthy way for everyone."  They explored the different international services and ways that could help us build together our Cor Unum for the mission. Through an online conference, they had the opportunity to meet with the coordinators of the different international commissions.  Together with the Central Team, they imagined the future, and ended their workshop by sending one other to their Galilee. 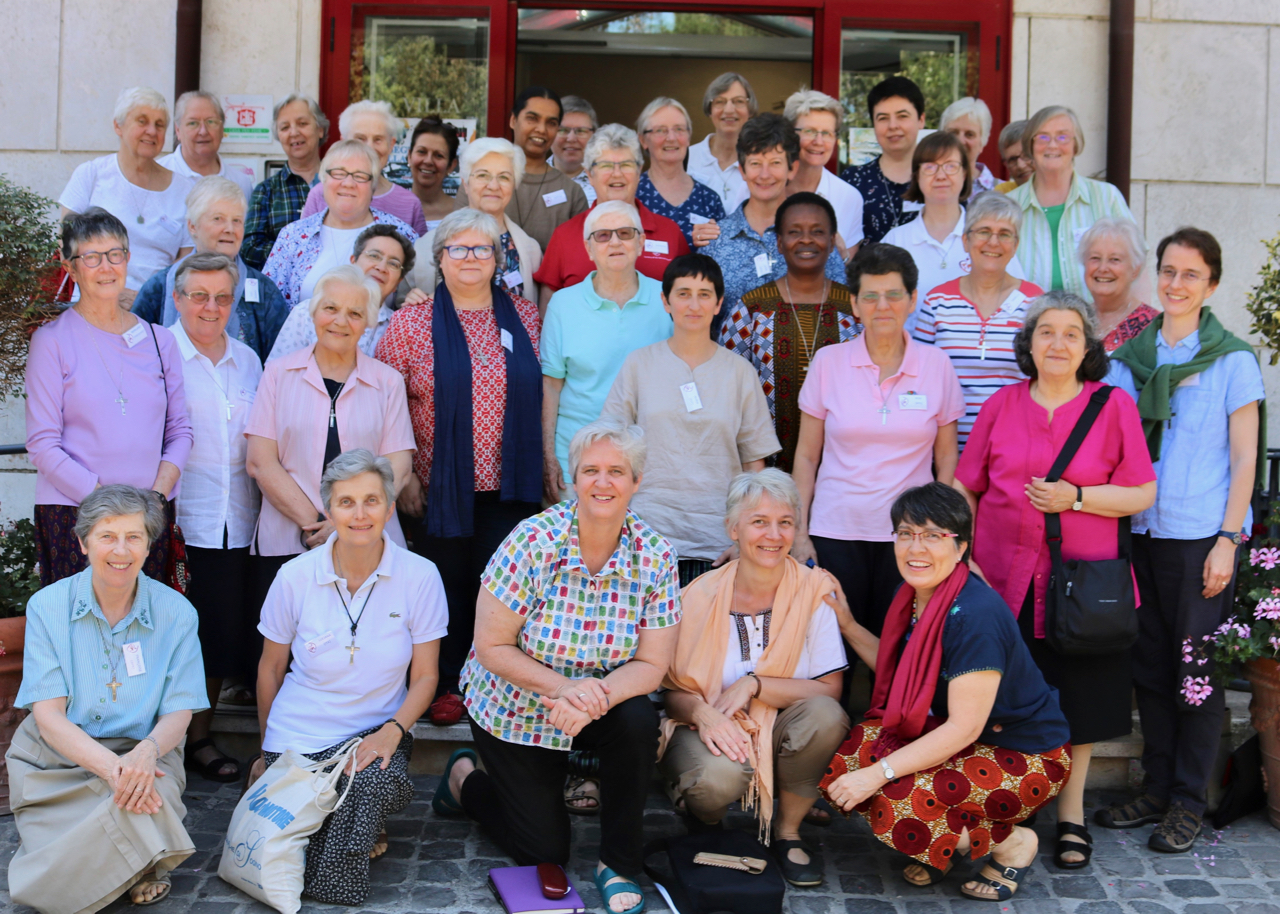 The provincial teams of Europe met together with the Central Team
on 14-16 June at the Villa Aurelia in Rome.

The 35 participants met to explore together what is life-giving and life-draining in our RSCJ context in Europe, and how the European provinces saw the future of the European region.

They identified some key areas that they would like to move forward in the future life of the region. They also clarified who would be responsible for taking these suggestions forward and how it might be done.

In addition to hard work, there was plenty of time for relaxing and dancing and connecting again with old friends.